The Ancient City of Ujjain

The ancient city of Madhya Pradesh proposes a supreme spiritual experience for you. Drench into spirituality by visiting a city of temples and embrace the beauty of almighty by exploring Ramghat (Shipra River), temples like Char Dham, Bade Ganeshji, Harsiddhi, Mangalnath, Gadkalika, Kal Bhairava, Sandipani Ashram and many more. The visit to the holy city will find you deliverance from the bondage of life and rebirths like other Mokshapuris of India – Kashi (Varanasi), Ayodhya, Kanchi (Kanchipuram), Mathura, Mayapuri (Haridwar) and Dwarka. 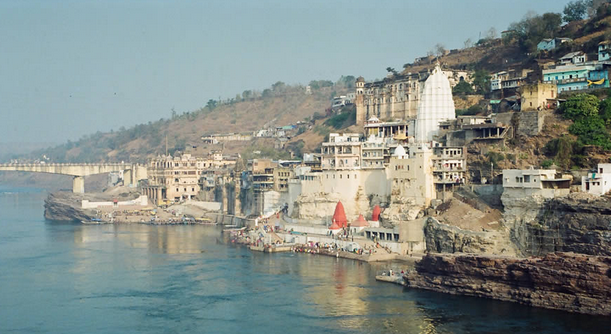 Famous for its cultural and spiritual importance, the city is waiting to unfold the mysterious stories of the legends like king Vikramaditya and great poet Kalidas. The former capital of malva region also holds importance because of the Kumbh Mela – the world’s largest religious gathering. Organized every 12 years, when the zodiac sign Scorpio (Vrishchik Rashi) indicates the presence of Jupiter and sun, the Kumbh Mela adorns UJJAIN with the divinity and spiritual aroma through the visuals of millions of pilgrims worshiping and taking dips into the sacred river Shipra. The celestial atmosphere of the heavenly city touches its peak during this time.

The city is a habitat to one of the twelve Jyotirlingas of India – Mahakaleshwar. The Mahakal is considered to be the god of all deities and demons. Mahashivratri, celebration of marriage anniversary of Lord Shiva and Parvati is another occasion to sight the indivisible devout spirit of the city and Lord Shiva.

The Divinity of Mahakaleshwar

Beautifully positioned on the bank of the magnificent Rudra Sagar Lake in Ujjain, Mahakaleshwar dominates the life of the city in a significant way through its finely sculptured Shikara (peak). The striking decoration of the shrine represents the rich past rituals and traditions. Many purans have intensely depicted the divinity of Mahakaleshwar. Originally built by the great king Vikramaditya, the sacred temple is divided in three segments. The below segment is the shrine of Mahakaleshwar. The divine lingam of the Lord Shiva is believed to be born on itself here. The Lord Omkareshwar rests in the middle portion of the temple. While the snake god, Nag Chandereshwar, resides in the uppermost portion.

Mahakaleshwar has been one of the top 10 tantra temples of India as it has south facing idol of god. Mahashivratri leads to a huge religious fair with a loud chanting of “Om Namah Shivay”. The unique offering of ash or Vibhooti to Lord Shiva at Mahakaleshwar known as “Bhasma Aarti” is one of its kind in the world.